By the middle of the 1970s workers in the field of Buddhist studies were experiencing more and more urgently the acute need for an international academic organisation wholly dedicated to the pursuit and furtherance of the study of Buddhism in one or several of its many aspects. 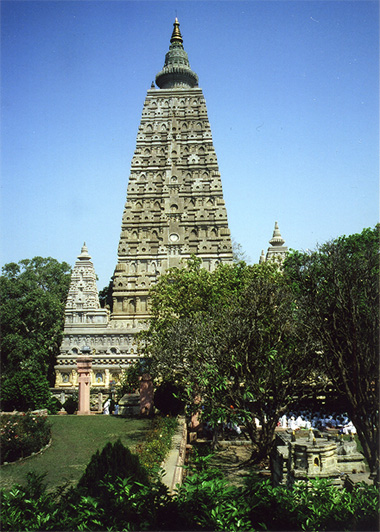 With this end in view, a small meeting was convenced in 1976 by two scholars who were leading historians of ancient India, professor A. L. Basham and A. K. Narain, and it was agreed by those present that a learned society having this purpose should be founded. The first organised conference of the International Association of Buddhist Studies (IABS) was then held on 15-17 September 1978 under the auspices of Columbia University (New York). Since that time, many well-attended world conferences of the IABS  membership and their invited guests have been held in a number of venues in South, Southeast and East Asia, Europe, and North America.

The purposes and aims of the IABS have been set out in the preamble and main body of the Association’s Constitution. Briefly stated, these are to advance and contribute actively to the multidisciplinary and inter-disciplinary development of Buddhist studies by means of conferences, symposia and publications. The Journal of the International Association of Buddhist Studies (JIABS) containing scholarly articles and book reviews on all topics and disciplines pertaining to Buddhist studies has been appearing since 1978. There are also published from time to time in this periodical, in the form of presidential addresses or survey articles, overviews and of the state of the art in Buddhist studies and discussions of particular themes and issues within them. Thought is now being given to organizing smaller, more specialized and focussed, colloquia devoted to a particular region or to a specific topic within the long history and wide geographical spread of Buddhism. Such regional or thematic colloquia will be additional to the world conferences open to the full membership of the IABS, which will continue to be held on a regular basis. This aim is in accordance with the IABS’s stated objective of encouraging scholarly coopearation and co-ordination by helping to organize regional conferences and thematic symposia.

In the twenty-first century, even as our world has changed and Buddhist studies develop further as a humanistic endeavour and scientific enterprise, it is to be expected that the tasks and missions of our association will continue to be at least as meaningful, necessary and indeed vital, as they have proved to be in the twentieth century.