PREAMBLE
As the outcome of more than a century and a half of modern scholarship, Buddhist Studies acquired by 1976 the status of an independent field of academic study. These developments have resulted from the participation of scholars from various scientific disciplines. 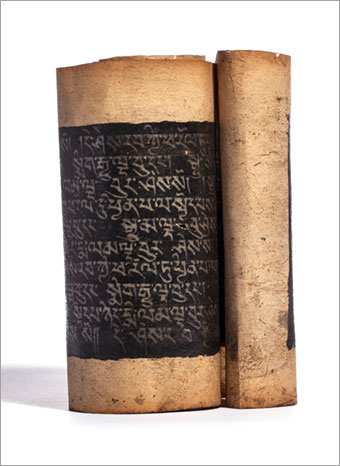 In quality and extent, interest in the subject has grown to such a degree that it is now felt necessary to organize on a truly world-wide basis an Association devoted to promoting and strengthening Buddhist Studies. Hitherto there has existed no such world-wide learned society committed purely to the intellectual and scholarly treatment of Buddhism.

Scholars in Buddhist Studies coming from disciplines such as philology, history, archaeology, epigraphy, architecture, anthropology, sociology, psychology and the histories of religion, philosophy and art have often felt isolated when confined to the forum of their respective disciplines. As a multi-disciplinary (and inter-disciplinary) concern, Buddhist Studies require a forum in the shape of an Association. Hence scholars from around the world have, in 1976, formed the “International Association of Buddhist Studies” as a learned society dedicated to promoting Buddhist Studies in a spirit of non-sectarian tolerance and with scientific research and communication as preeminent objectives. The success of this enterprise depends on the cooperation and support of interested persons throughout the world.

ARTICLE I: NAME AND LOCATION
The name of this organization shall be “The International Association of Buddhist Studies, Inc.”, hereafter abbreviated as “IABS”. The primary location of IABS shall be the official address of its administrative headquarters, constituted by the institutional seat of the Treasurer and/or the Assistant Treasurer. This address may change, should the appointment of the Treasurer/Assistant Treasurer call for this.

ARTICLE II: OBJECTIVES
The objectives of the IABS shall be:
a) to promote the study of Buddhism, past and present, in all its aspects all over the world,
b) to promote intellectual interest in, and academic organization for, Buddhist Studies,
c) to encourage the growth of multidisciplinary and interdisciplinary studies related to Buddhism, to stimulate interest in less known aspects of Buddhism and to strengthen areas of existing concentration,
d) to encourage the preparation of tools for study and research,
e) to plan and encourage the publication of original sources and translations,
f) to publish a research periodical and other, occasional, publications,
g) to hold periodic international conferences,
h) to encourage cooperation and coordinate the holding of regional conferences and thematic symposia.

a) A prospective ordinary member shall apply for membership to the General Secretary. It is assumed that the applicant is aware of the goals and By-laws of the IABS and is a student or professional scholar of Buddhism. If such qualifications are in doubt the Secretary may request the recommendation of a member in good standing and the approval of the Treasurer. In order to retain their standing as members, Ordinary Members shall pay by the end of the previous year the full annual membership subscription as determined from time to time by the Treasurer in consultation with the Board of Directors. Ordinary Members shall have the right to vote and hold office in the IABS. They receive the Journal of the IABS.

b) Life members are elected in the same way as Ordinary Members but pay once, in a lump sum, the life subscription being levied at the time as set by the Board of Directors on the recommendation of the Treasurer. They have the right to vote and to hold office. They receive the Journal.

d) Patrons shall be persons interested in supporting the work of the IABS. They shall contribute the sum of $2,000 (US) or more, into the funds of the Association. They may vote but not hold office. They receive the journal.

e) Honorary fellowships are deemed a high honor and shall be conferred exclusively on especially meritorious persons whose life has been devoted to Buddhist Studies. An Honorary Fellow shall be considered elected once his or her nomination has been approved by the Board of Directors. Honorary Fellows are exempt from paying the annual membership subscription. They have the right to vote and hold office and to participate in all the activities of the Association. They receive the journal.

Section 2
The president shall be the highest functionary of the IABS. He or she shall be the presiding officer of the Board of Directors.

Section 3
The Vice-President shall preside at meetings of the Board in the absence of the President.

Section 6
The officers shall perform such other duties as may from time to time be assigned to them by the Board of Directors and as may be required by these By-laws.

Section 2
Elected Directors will be in their respective functions for terms of four years (with the exception of the Treasurer who will serve a term of eight years), renewable once, after which they will be re-eligible only after an interval of a minimum of four years.

Section 3
The Board of Directors shall have charge of the affairs, finances and property of the Association and shall guide and implement the policy of the IABS. The Board shall be primarily a policy-making body and shall also be the principal body charged with implementing such policies by conducting the regular administrative functions of the Association.

Section 6
Seven members of the Board of Directors shall constitute a quorum at any meeting of this Board.

Section 7
Any vacancy occurring amongst members of the Board of Directors may be filled, until the next regular quadrennial election, by appointment by the President.

ARTICLE VI: ELECTION OF OFFICERS
The officers and members of the Board of Directors of the IABS shall be chosen by election once every four years, except in the case of the Treasurer, the Editor-in-Chief of the Journal of the International Association of Buddhist Studies, and the Regional Representatives, whose office is by appointment.

The General Secretary shall issue a call for nominations. Nominators and nominees must be members in good standing, and may be Ordinary Members, Life Members, or Honorary Fellows. Student members are ineligible to nominate, stand for election, or vote. The agreement of a nominee to stand must be secured before any nomination is forwarded to the General Secretary. Self-nominations are accepted.

After nominations close, a ballot paper with the name of the candidates for each office or position to be filled shall be drawn up by the General Secretary and distributed to all members in good standing. Voting shall be conducted by membership ballot. The successful candidate for each office or position on the ballot paper shall be elected by a simple majority vote. The results of the election shall be communicated to all members by email and announced at the General Meeting at the next conference.

All elected officers and members of the Board of Directors of the IABS may stand for election for a second consecutive term, except that, in the case of the previous President and General Secretary, an additional term as Director at Large is automatic. Thereafter, former members may be elected again only after an interval of a minimum of four years.

ARTICLE VII: GENERAL MEETING OF MEMBERS
Section 1
A General Meeting of the Association’s members shall take place during the Association’s International Conferences which shall take place, if possible, at least once every four years. The membership of the IABS may be consulted by postal ballot in cases where the Board of Directors considers it necessary or desirable to obtain the membership’s approval for some decision or action.

Section 2
Twenty-five voting members of the Association shall constitute a quorum at any General Meeting of the members for transaction of business.

ARTICLE VIII: INTERNATIONAL CONFERENCES
International Conferences of the IABS are held at least once every four years. The Convener and Local Secretary of these Conferences are appointed by the Board of Directors in consultation with local organizers. These Conferences shall be presided over by the President of the IABS or, in the President’s absence, by the Vice-President; if both are absent, the General Secretary shall preside. This presiding officer will normally deliver an address at the plenary session of each Conference.

Section 2
The Editorial Board of the JIABS consists, in addition to the Editor-in-Chief, of Co-editors appointed by the Board of Directors in consultation with the Editor-in-Chief for terms of four years, renewable. Co-editors shall be responsible for editing papers pertaining to the particular geographical or disciplinary area with which they have been individually entrusted.

Section 4
Working rules regarding copyright of the Association’s publications, provision of offprints to authors, prices for the Association’s Journal and similar matters shall be drafted by the Editorial Board in consultation with the Treasurer and approved by the Board of Directors.

ARTICLE XI: FISCAL YEAR
The fiscal year of the Association shall be the calendar year.

ARTICLE XII: AMENDMENT AND ADOPTION OF BY-LAWS
Any proposal for amending these By-laws or for adopting a new By-law shall be submitted to the Board of Directors in writing. Such change shall be effected by the affirmative vote of at least two-thirds of the members of the Board of Directors, subject to the concurrence of a majority of the members of the IABS voting. Action may be taken by postal correspondence. After approval by the Board, any such amendment or addition shall be submitted to the membership by post or at the next General Meeting.

ARTICLE XIII: DISSOLUTION OF THE ASSOCIATION
The dissolution of the IABS shall be treated in accordance with Article XII concerning Amendment and Adoption of By-laws.

If the IABS should be dissolved, its financial assets will revert to a recognized not-for-profit international association to be used for the continuation of scientific activities that are, as far as possible, compatible with the Objectives outlined in Article II of the IABS Constitution.