Lance Cousins has died in Oxford following a heart attack in the early hours of Saturday 14 March 2015 at the age of seventy-two. He is survived by his ex-wife and two children, as well as a brother and sister. 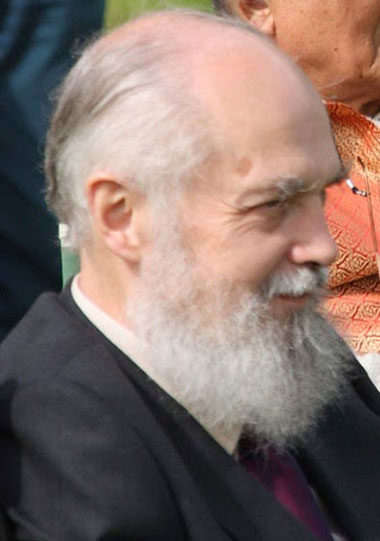 Lance was born in Hitchin, Hertfordshire on 7 April 1942 and after attending Letchworth Grammar School took up a place to read history at St John’s College, Cambridge. During his degree course he changed to oriental studies, studying Sanskrit with Sir Harold Bailey and Middle Indian with K.R. Norman. On completion of his MA he stayed on in Cambridge as a postgraduate student, working on an edition of the ṭīkā to the Saṃyutta Nikāya with a view to completing a doctoral dissertation under the supervision of K.R. Norman. His interest in the Pali ṭīkā literature subsequently led to Lance’s first publication, ‘Dhammapāla and the tīkā literature’ (Religion, 2 (1972), 159–165), a review article of Lily de Silva’s edition of Dhammapāla’s ṭīkā to the Dīgha Nikāya (3 volumes, Pali Text Society, 1970). This discussion remains an important discussion of the issues surrounding the question of two Dhammapālas, one the author of aṭṭhakathā-s, the other of ṭīkā-s. In 1970 Lance was elected to the Council of the Pali Text Society and continued to serve as a member of Council until the mid 1980s.

During his time in Cambridge Lance also became active in the Cambridge University Buddhist Society (founded in 1955 and the second oldest in the UK) and started attending classes in samatha meditation taught by Boonman Poonyathiro, and ex-monk from Thailand. His close involvement with this tradition of meditation was to continue for the rest of his life.

In 1970 he was appointed Lecturer in Comparative Religion at the University of Manchester in the same department that the founder of the Pali Text Society, T. W. Rhys Davids, had been appointed the first Professor of Comparative Religion in 1904. In Manchester Lance taught courses in Indian religions—Buddhism, Jainism and Hinduism—and Indian languages—Pali and Sanskrit—but also a course in comparative mysticism, which took in Buddhism, Hinduism, Judaism and Christianity as well as the methodological issues raised by the study of religious experience cross-culturally. During the 1980s Lance published several influential articles: his 1981 article on the Paṭṭhāna carefully demonstrates how the Abhidhamma theory of the process of perception (citta-vīthi) set out in the aṭṭhakathā literature is already assumed in the canonical Paṭṭhāna (‘The Paṭṭhāna and the Development of the Theravādin Abhidhamma’, Journal of the Pali Text Society, 9 (1981), 22–46); his 1983 article on ‘Pali oral literature’ with its suggestion that early Buddhist texts exhibit the marks of techniques of improvisation continues to challenge scholars to provide a convincing model of their oral composition (‘Pāli Oral Literature’, in Buddhist Studies: Ancient and Modern, ed. by P. Denwood and A. Piatigorsky (London: Curzon Press, 1983), pp. 1–11). And in 1984 he published a masterly overview of Buddhism in A Handbook of Living Religions, edited by his colleague at Manchester, John Hinnells (‘Buddhism’, in A Handbook of Living Religions, ed. by John R. Hinnells (Harmondsworth: Penguin Books, 1984), pp. 278–343). His only publication to reflect directly his broader interest in mysticism is his 1989 article comparing aspects of St Teresa of Ávila’s The Interior Castle and Buddhaghosa’s Path of Purification (‘The Stages of Christian Mysticism and Buddhist Purification: The Interior Castle of St. Teresa of Avila and the Path of Purification of Buddhaghosa’, in The Yogi and the Mystic: Studies in Indian and Comparative Mysticism, ed. by Karel Werner (London: Curzon, 1989), pp. 103-120).

In Manchester Lance continued to be active in Buddhist circles and was instrumental in founding the Manchester University Buddhist Society, and in 1973 became the founding chairman of the Samatha Trust, a charity established to foster the practice and teaching of the form of samatha meditation first taught in the UK by Boonman Poonyathiro.

Disillusioned with some of the changes affecting British academic institutions, Lance took early retirement in the early 1990s when he was only a little over fifty. In the late 1990s he moved from Manchester to Oxford where until his death he taught Pali and Middle Indian in the Faculty of Oriental Studies and Buddhism in the Faculty of Theology, becoming an established member of the community in Buddhist and Indolgical studies in Oxford and a Fellow of Wolfson College. Throughout the 1990s Lance continued to publish significant articles focusing especially on the history of the early Indian Buddhist schools, Abhidhamma literature and thought. In 1996 Lance became the first president of the UK Association for Buddhist Studies, serving in that role until 2000. Shortly afterwards he again became a member of the Council of the Pali Text Society and served as its president in 2002–2003. At this time Lance began working with Somdeva Vasudeva on photographs of a portion of the recently discovered manuscript of the Dīrgha Āgama; together they produced a preliminary transliteration of a number of its sūtras. In 2005 he was Bukkyo Dendo Kyokai Visiting Professor at SOAS, delivering a series of lectures some of which provided the basis for articles that have subsequently appeared in print or will shortly do so.

During the last twenty years of his life Lance worked especially on the early history of Indian Buddhist schools, publishing articles on the Pudgalavādins (‘Person and Self’, in Buddhism Into the Year 2000: International Conference Proceedings, (Bangkok and Los Angeles: The Dhammakāya Foundation, 1994), pp. 15–31) and various divisions of what he latterly preferred to call the Theriya school, including an important contribution on the Abhayagirivāsins (‘The Teachings of the Abhayagiri School’ in Peter Skilling, et al. (eds.), How Theravāda is Theravāda ? Exploring Buddhist Identities (Chiang Mai: Silkworm Books, 2012), pp. 67–127). He also continued his investigations on the neglected field of the medieval Pali ṭīkā literature (‘Abhidhamma Studies I: Jotipāla and the Abhidhamma Anuṭīkā’, Thai International Journal of Buddhist Studies, 2 (2011), 1–36’).

Lance was a frequent visitor to Asia, especially Thailand and Sri Lanka where he twice spent several weeks at the Kalugala Aranya Senaasanaya  in Kalutara District and more recently (2012) himself lead a meditation retreat in Hantana near Kandy.

Those who had the opportunity to meet, study or correspond with Lance found him always ready and willing to share his very considerable learning across broad areas of Indian history and thought, not to mention Christian mysticism and Jewish kabbalah. Many benefited from his suggestions and comments on drafts of articles and monographs. His death is a great loss to scholarship. Several significant scholarly projects he was working on when he died were nearing completion. It is to be hoped that at least some of these may be published posthumously.

Committed to rigorous scholarship, Lance’s quest for knowledge was not bound by its conventions and fashions. Devoted to the practice of meditation, he never allowed this to cloud his scholarly judgement. Asked if he was a Buddhist, he would quip, ‘The Buddha was not a Buddhist, I try to follow his example.’