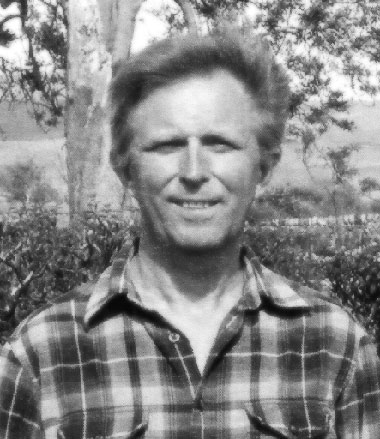 Professor Ian Charles Harris (1952-2014)The UK Association for Buddhist Studies was founded by Ian together with Peter Harvey in 1996, after they met at a conference in Hawaii the year before. While there, it was Ian’s response to Peter’s suggestion that he was thinking of starting a local group of scholars of Buddhism in the north-east of the UK – ‘Why not start a national group?’ – that led to the development of UKABS. Ian was its first treasurer (1996–2002), later its secretary (2002–2008), and was its current president (2013–2014) until having to bow out due to his deteriorating health. Even during his periods abroad, when not formally serving on the committee, he still found time to contribute to UKABS and help with some of the conference arrangements.

Ian left school at 16, then did a Higher National Diploma in Biology and spent time working in a laboratory. He travelled overland to India twice, and then started to teach himself Sanskrit. After being given a lift by David Smith of Lancaster University’s Religious Studies Department, he went on to do an MA there in Religious Studies. He then did a doctorate at Lancaster, with his first book, The Continuity of Madhyamaka and Yogācāra in Indian Mahāyāna Buddhism (Brill, 1991), being based on his doctorate. After his time at Lancaster University (1977–82), he did a Post-Graduate Certificate in Education at the University of Cambridge and was then a teacher of Religious Studies and then Head of Department at schools in Bradford and Keighley. In 1987, his time as a Lecturer in Religious Studies at St. Martin’s College Lancaster (later part of the University of Cumbria) began.

Ian developed an interest in Buddhism and environmentalism, on which he contributed a string of articles from 1991. Research on Buddhism and politics culminated in his edited volumes, Buddhism and Politics in Twentieth-century Asia (Continuum, 1999) and Buddhism, Power and Politics in Southeast Asia (Routledge, 2007). Working on the first of these, Ian could find no contributor for its chapter on Cambodia, so he rolled up his sleeves to do the research needed to do this himself, and realized the need for more understanding of Buddhism in Cambodia. This then became the focus of his research, leading to his Cambodian Buddhism: History and Practice (University of Hawaii Press, 2005). He then produced two pioneering volumes, Buddhism Under Pol Pot (Phnom Penh, Documentary Center of Cambodia, 2007) and Buddhism in a Dark Age: Cambodian Monks under Pol Pot (University of Hawaii Press, 2013). Ian also was editor of The Illustrated Encyclopedia of Buddhism: A Comprehensive Guide to Buddhist History and Philosophy, the Traditions and Practices (Lorenz, 2009).

Ian was a fine man, who got on with things with a sense of humour and a wry smile. The UKABS conference in Lancaster this July will pay tribute to him. He will certainly be missed by many.

An online obituary of him by the Khyentse Foundation says:
Dr. Ian Harris was our mentor and hero. He will be deeply missed by all the people of Cambodia who came into contact with him for his scholarship work on Buddhism and his unlimited wisdom. He was so kind and generous and has touched many lives.
Pou Sovachana, Wat Unalum, Phnom-Penh, Cambodia Organizer and teacher, Buddhist Education Peace Centre, and friend and colleague of Dr. Harris.

Ian died peacefully, surrounded by his wife, Gwen, and three children. He died of Mesothelioma, a form a form of lung cancer associated with exposure to asbestos. UKABS have made a donation to the Mesothelioma UK charity on Ian’s behalf. Others may wish to do this individually.

‘Pip pip’ to Ian – to use his favourite sign-off to messages. May he go well to the next life.