Professor A.K. Narain, a renowned historian of India and founder of the International Association of Buddhist Studies, passed away in Varanasi on July 10, 2013 after a brief illness, at the age of 90. 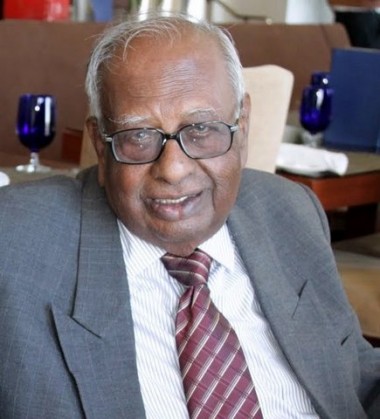 As a scholar, Prof. Narain was best known for his work on the interchange between Indic and central Asian cultures in general and on the Indo-Greeks in particular. A native of Gaya and a graduate of Benares Hindu University, he received his Ph.D. from the School of Oriental and African Studies in London in 1954, and went on to teach at BHU in the 1950s and 1960s, followed by nearly two decades in the Department of History and the South Asian Studies and Buddhist Studies programs at the University of Wisconsin-Madison. After his retirement from Wisconsin, he returned to Varanasi, where he founded the Bhikkhu J. Kashyap Institute of Buddhist and Asian Studies, and pursued a multitude of scholarly projects, several of which were ongoing at the time of his death.

His work contributed to a range of fields, including history, archaeology, art history, epigraphy and paleography, numismatics, and religious studies. Among scholars of Buddhism, he will perhaps be best remembered for his edited volumes on the date of the Buddha and other aspects of the history of Buddhism, and for his central role in the inception of the International Association of Buddhist Studies, which he served as general secretary, president, and founding editor of the association’s journal, /JIABS/. Later, he also founded the /Indian International Journal of Buddhist Studies/. Prof. Narain is survived by his wife, Usha, two sons, and three daughters.